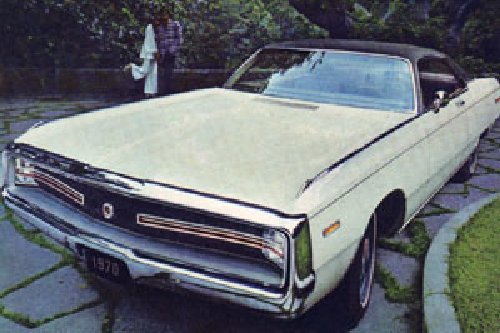 VEHICLE IDENTIFICATION NUMBERS: The numbering system and code locations were the same as for previous models with the second symbol changed to an 'M' to indicate Chrysler 300. The code 'T' engine was standard equipment.

NOTE: The 300-Hurst (or 300-H) was the special high-performance, limited-edition Chrysler 300 model with modifications by Hurst Performance Products Corporation.