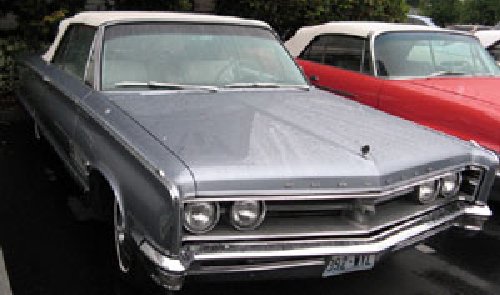 
300 SERIES - (V-8) - A star-shaped emblem continued to be used on the blacked out grille bars as on the previous Chrysler 300 Series. Headlamps were set within the outlined grille and were covered by a unique glass shield. Lower body trim differed from the letter Series 300, as it had three uniquely stamped imprints at the forward edge of the trim, behind the wheelhouse opening. The interiors of the non-letter 300 Series were upgraded over the Newport versions. The four-door sedan found in the 300 Series was the six-window version.