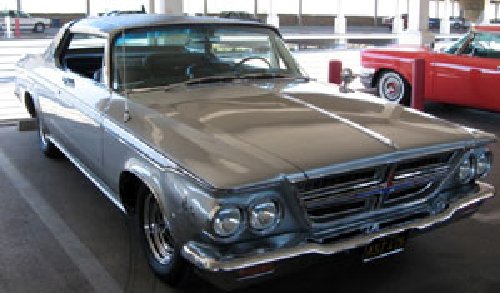 
300 SERIES - (V-8) The 300 Sport Series continued with the same body types as used in 1962. A later addition to the 300 lineup was the Pace Setter Series, introduced to commemorate the use of a 300 as the Pace Car for the Indianapolis 500 mile race. Pace Setter editions were identified by special interiors and a small checkered flag placed below the front fender 300 emblem. An option was full leather in bucket seat cars.

NOTE: The four-door sedan referred to above was built as a Saratoga for the Canadian market, but counted in the plant as a 300.